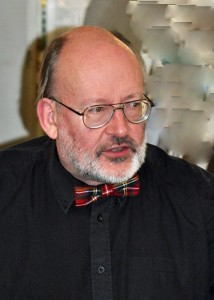 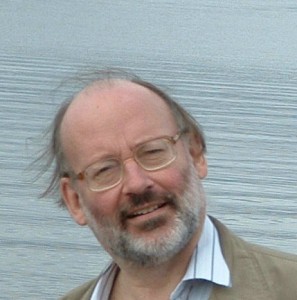 Born May 11th 1951 in Edinburgh. Attended George Watson’s College. I started attempting to compose when I was about 10, and wrote my first real, performable composition (an Oboe Sextet) at 12. At the age of 16 I wrote a full-length opera, Crime & Punishment, with my own libretto based on Dostoyevsky’s novel. This won me the Douglas Grant composition prize and the George Watson’s Prize and Bursary. My first professional performance was a trio for flute, bassoon and piano (1968). The same year, the school orchestra went on a tour of the States, and I conducted a composition written for the occasion in New York and Washington. In my last year at school (1969) I received my first paid commission, for a violin sonata, which was first performed in 1970 in Edinburgh.

In 1969 I won a composition scholarship to the Royal College of Music, London. I entered a parallel B.Mus course with London University, however having passed the first exams decided to give it up, as I felt that I wanted to concentrate more on playing. I obtained an ARCM in viola teaching.

I worked as a viola player from 1972-1979: Royal Ballet Orchestra, Zurich Chamber Orchestra, CBSO, London Symphony (extra work), Netherlands Ballet Orchestra and Biel Symphony (Switzerland) . I settled in Switzerland in 1976. Dissatisfied with orchestral playing, I then taught music for 4 years at a secondary school in Basle.

In 1983 I was appointed professor of solfège (ear-training and theory) in the professional classes of the Conservatoires of La Chaux-de-Fonds and Neuchâtel. I also taught conducting, composition, arrangement and chamber-music and conducted the Conservatoire orchestra and choir, as well as various amateur ensembles, notably the Orchestre de chambre jurassien and the Choeur Vivaldi  in Delémont (www link below)

By 1984 I was increasingly in demand as a composer, arranger and typesetter, and decided to do this full-time as a freelance, which led me to leave the Conservatoire. Free to live where I wanted, I decided to return to Edinburgh in 1997.

I have written many hundreds of compositions and arrangements for all possible formations. Contact with the specialist publisher Marc Reift (www link below) led me to concentrate on wind-band and brass chamber music, but I have written a great deal for strings, orchestra and voices too. I have so many arrangements in this catalogue that I was requested to use pseudonyms, and now have eight: Scott Richards, Peter King, Joe Bellini, Gordon Macduff, David Andrews, Jan Sedlak, Julian Oliver and Eduardo Suba.

Since 2003 I have also worked regularly as a typsetter (engraver) of contemporary music for various British publishers.

I started using my middle name as a composer many years ago, partly to avoid confusion with the much more famous barrister and author! Internet searches work best if all three names are used in the search.

All my band music and brass chamber music is published by Marc Reift Editions (Switzerland)
http://www.reift.ch

I have made many arrangements and written three original pieces for the Swiss group I Salonisti: http://www.isalonisti.ch/

There are over 100 videos of my music on YouTube (search for John Glenesk Mortimer), and you can listen to excerpts on Marc Reift’s website (see above).

Marc Reift Editions’ CDs are now available to purchase track by track on iTunes and Amazon.
Click here to listen to an extract from my cantata The Rime Of The Ancient Mariner